Posted in Music and Philosophy, and Top 40 Philosophy

And we’re back! The first time I heard Tove Lo’s “Talking Body,” I knew we were going to have to talk about it as part of Top 40 Philosophy. It’s only made it as high as #12 on the Billboard Hot 100, but it’s made enough of an impact that you’ve probably heard it. And now, at long last, it’s time to philosophize about it.

Here’s a fan-made lyric video, because the visuals for the official video are NSFW, and even the official lyric video is NSFW. At least this fan video is only auditorially-NSFW, which isn’t as bad. For some reason. Maybe? I’m going to have to think about that.

You can tell English isn’t Ms. Lo’s first language, since no Anglophone non-philosopher would say “talking body.” They’d say, “talking bodies,” in the plural. Normal people could say, “Since we’re talking soul,” or “If we’re going to talk about mind,” but only philosophers use “body” in the singular like this.

The reason we don’t use the singular “body” in such contexts is that doing so indicates that you are talking about something “abstract” or “universal.” When we talk about “justice”  or “democracy,” we don’t mean a particular act of justice, or a particular country. We mean “Justice Itself,” or “Democracy in General.”

Now, it is difficult to think about body in an “abstract” or “universal” way, since bodies are the very definition of concrete and particular. When you say, “I’m not talking about tables in general, or the Platonic Form of Tableness, I’m talking about this table right here” — something you say frequently, I’m sure — you punctuate those last words by poking the table repeatedly with your finger (and then you shout something about how it’s mahogany, probably).

For the longest time, in fact, philosophers believed it was our bodies that “individuated” us. Without a body, we’d be pure form (we’d just be structure with no content). But we all have the same form (human-ness/humanity), since we all are human. So, we need bodies if we are going to be unique or different from each other as individuals.

I have to admit, however, that non-philosophers do talk about “body” if they happen to have been reading a lot of St. Paul. Or, rather, they talk about “the flesh.” And as soon as you realize that you can ask the question, “What does it mean to be a body?,” or “What does ‘bodily existence’ mean?,” you realize that even something “concrete and particular” like body must have an “abstract, universal” essence.

But that’s all boring abstract and universal stuff. What I find particularly interesting about “Talking Body” is the last bridge:

This view of bodies is fascinating and disturbing. First, they are “baby-making” (I assume I am correct in adding that hyphen to the “official” lyrics), which seems to me to indicate that that is what the bodies are “for.” That is their telos. But Tove Lo says that she and her lover ignore this, and “use” them for a different purpose. Our Catholic friends will have a thing or two to say about this, I imagine.

Second, bodies can be “used up.” And instead of seeking to preserve them — taking the “sustainable” route like we usually think you’re supposed to do with all resources (human or otherwise) — Ms. Lo wants to consume them.

Third, it is unclear to me what exactly Tove thinks is the relationship between her self and her body. She speaks to her lover as if he has a body, rather than being his body. And here she seems to be adopting the same attitude. Maybe that’s why she’s not afraid to “use

[her body] up til every little piece is gone.” Perhaps, in other words, she believes that her soul will survive her body. 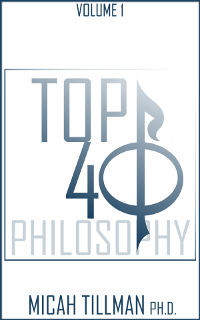