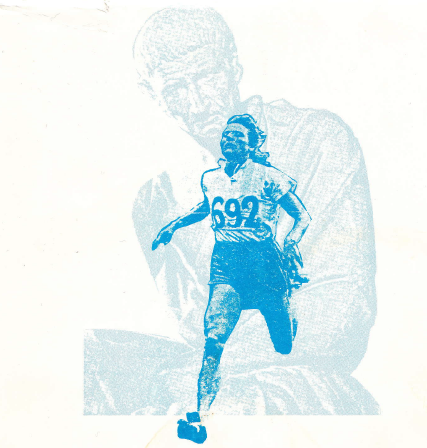 In 1973, a publisher named, “Charles C Thomas Publisher” put out a volume entitled The Philosophy of Sport: A Collection of Original Essays. It was edited by Robert G. Osterhoudt, who was also the founding editor of the Journal of the Philosophy of Sport — where Bernard Suits would publish many of his articles over the years.

In that volume, we find two essays by Bernard Suits that would later be incorporated into Suits’s The Grasshopper (see the Acknowledgements). Those two articles were, “The Elements of Sport” and, “The Grasshopper: A Thesis Concerning the Moral Ideal of Man.”

The Elements of Sport

“The Elements of Sport” is a continuation of the work Suits began in “What Is a Game” (Philosophy of Science 34, no. 2 (1967): 148–56) but contains the finalized version of his definition of game playing. (“What Is a Game” contained an a slightly different definition, but all the basic ideas were there.)

In the editor’s introduction (p. x), Osterhoudt reports that “The Elements of Sport” was one of the essays that were invited for the volume (all of the ones marked “a” in the table of contents are). Suits himself reports (“Tricky Triad: Games, Play, and Sport,” Journal of the Philosophy of Sport 15 [1988]: 1-9; see p. 9) that the article was later “reprinted in Philosophic Inquiry in Sport, Edited by William J. Morgan and Klaus V. Meier, Champaign, IL: Human Kinetics, 1988,” and evidently it was still contained in the 1995 edition. However, that text would seem to be out of print.

Osterhoudt says that “The Grasshopper: A Thesis Concerning the Moral Ideal of Man” was first presented at a “Symposium on Sport and Ethics” at “State University College at Brockport, New York, October 26-28, 1972” (p. xi). (Indeed, all those marked “d” in the table of contents were. However, it is interesting to note that a typo in the table of contents lists the article as being about “the Moral Idea of Man.”)

Osterhoudt reports that he was on the organizing committee for a similar conference at Brockport in February of the same year (p. xi), so perhaps this is where he met Suits for the first time. However, it may be that he first encountered Suits at a similar conference at the University of Windsor in Ontario in may of 1972, since the book’s contributor’s list (p. viii) says Suits was already “Chairman and Professor of Philosophy” at University of Waterloo (also in Ontario) at the time. (Evidently, Suits had moved to Waterloo back in 1966.)

The essay, “The Grasshopper,” continues work Suits began in “Is Life a Game We Are Playing?” (Ethics 77, no. 3 (1967): 209–13). It’s the earliest appearance of the Grasshopper that I have found, but I also haven’t looked very hard. (Finding information about Suits online is extremely difficult.)

“Charles C Thomas Publisher” evidently still exists. Here’s their website. However, I can find no reference to The Philosophy of Sport on their site. And like I noted above, the one text in which we have evidence that “Elements of Sport” was reprinted also seems to be out of print. None of the publishers involved seem to even be aware that they once had anything to do with the texts in question.

For scholars interested in the philosophical work of Bernard Suits, having access to early and intermediate versions of texts can be invaluable. Suits is a singular thinker and writer, furthermore, whose theories would seem to be enjoying something of a renaissance at the moment. For historically-minded scholars — those interested in Suits in particular, but also in play studies and game studies more generally — it is valuable to better understand the context in which Suits’s theories were first expounded, and the reception they received at the time.

I am uploading some scans from The Philosophy of Sport here: